Fritz got his first job at Owen’s Texaco in Billings when he was 16 years old and finally got his drivers license. Owen Baldwin said that Owen’s was a “service station”, not a “gas station” many times and it really struck home. He worked there all the way through high school (Billings Central Catholic High School).  After high school graduation in 1970 he took off to be a hippie (unlike his five older siblings who went to college) and was soon back in Billings looking for a job.

He got a job at MacIntyre Motors (Pontiac/ Cadillac dealership) where he worked with a very good crew for a few years.

He then moved to Fairfield, Mt. and worked for Mills Motor (Ford dealership). After a few years he moved to Great Falls to work for Rice Motors (Cadillac/Jeep dealership) on Central Ave W. That was just fine until they moved to 10th Ave South and took on all the foreign cars and he became “#207” instead of “Fritz”.

On November 9th, 1979, he started Fritz’s Auto Repair in a garage behind his house. Three moves later we are settled in at the former Swains Spring Service building at 523 2nd Ave S and have no plans of ever moving again. 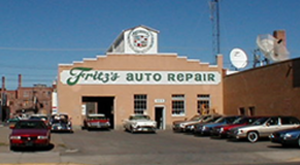 I purchased my first car when I was 13 years old and have been infatuated ever since. In the last 19 years I have owned over 50 cars. My passion in life is automotive repair and I have spent my adult life in the automotive field. I am ASE Master Tech Certified with over 13 years experience.

My main hobby in life is classic cars, which crosses over in my  career at Fritz’s Auto Repair. Just to name a few: my personal collection includes a 1949 Desoto, 1951 Dodge, 1963 Rambler and some Pinto’s thrown in for fun.

I enjoy serving our customers, keeping their vehicles safe and dependable and building a personal relationship with them all. 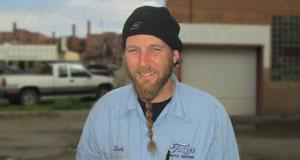 Michael McGeorge found his passion for fixing anything mechanical at a very young age. Growing up in small town Washington you could find him every night under the hood of an old truck or with a chainsaw torn apart. After 2 years of school for mechanical engineering at Washington State University he decided that it was time to pursue his passion.  After a phone call with Fritz he packed everything in his pickup and was pulling into Montana the next morning.

After only a few years Mike realized that he had found his home and now gets to live his dream everyday fixing and maintaining the Cadillacs and classics of Great Falls.  You can find him most summer nights driving the old roads of Montana in his 1927 Ford coupe. 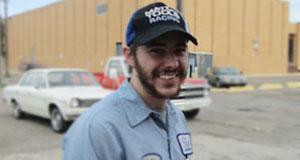 I am a native Montanan born in Havre and raised in Great Falls. I have always had a love of classic cars that began with my uncles 1924 Dodge Touring Coupe. My first car was a souped up 1974 Z28 Camaro. I sold it when I ordered a new one from the factory in 1983. This one had T-tops!

My love affair with Cadillac’s began in 1981 when I was introduced to my first: a 1978 Biarritz with a sun roof! My next Cadi brought me to Fritz’s Auto Repair where I have been a loyal customer for the last 15 years.

I am currently on Cadi # 3 and enjoying every mile of it!! 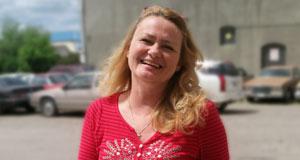 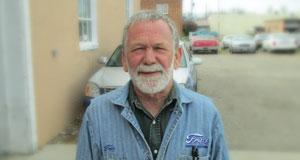 Fritz's Auto Repair is a 5 bay, well-equipped full-service Cadillac repair shop operating in the heart of Great Falls, Montana. We have been in business since November 9th, 1979, we are almost 35 years old! We are an ACDelco Independent Service Center, We are a member of the Automotive Service Association, are fully ASE Certified by the National Institute for Automotive Service Excellence, members of the International Automotive Technicians Network and are not afraid to research a problem.

We are also very involved with classic cars and are members of quite a few clubs: The Cadillac and LaSalle Club, the 1963/1964 Cadillac Chapter, the Montana Pioneer and Classic Auto Club (Skunkwagon Chapter), the  Altered Classics Car Club, and a few more.